Here’s What the Pros REALLY Think of Tiger’s Announcement Last month, Tiger Woods put out a three-second video of himself hitting a wedge that blew up social media feeds around the world.

Last week, the PGA Tour released a 23-second video of Woods hitting 3-wood, this being at the Hero World Challenge on Tuesday on the back of the range at Albany Golf Club.


Starting Friday of last week, he hit balls on three consecutive days, including Sunday when he was wearing his traditional red shirt and black slacks.

Woods announced Wednesday he will team with son, Charlie, once again in next week’s PNC Championship in Orlando.

“It’s great seeing him out,” said Will Zalatoris, who is at Tiburon Golf Club for this week’s QBE Shootout. “It’s amazing how the guy goes and hits balls on the range and you kind of want to sit there and watch it instead of the golf. That just shows you how important he is to the game.

“It was cool seeing him at the dinner that Wednesday at the Hero World Challenge. My goal is to hopefully get paired with him before he’s done if he’s able to come back and play a limited schedule. My hopes are high that we’ll see him more than he’s letting on.”

Other players at the QBE Shootout were just as encouraged.

“I think it’s very positive. I’m just as excited as everyone else when it comes to watching him swing a golf club. I think it’s just a little farther away from him tournament ready and playing on the PGA Tour again if he can than most people think. Playing in the PNC is another encouraging sign. When that first video came out, it was still that Tiger swing everyone knows. It’s great to see.” 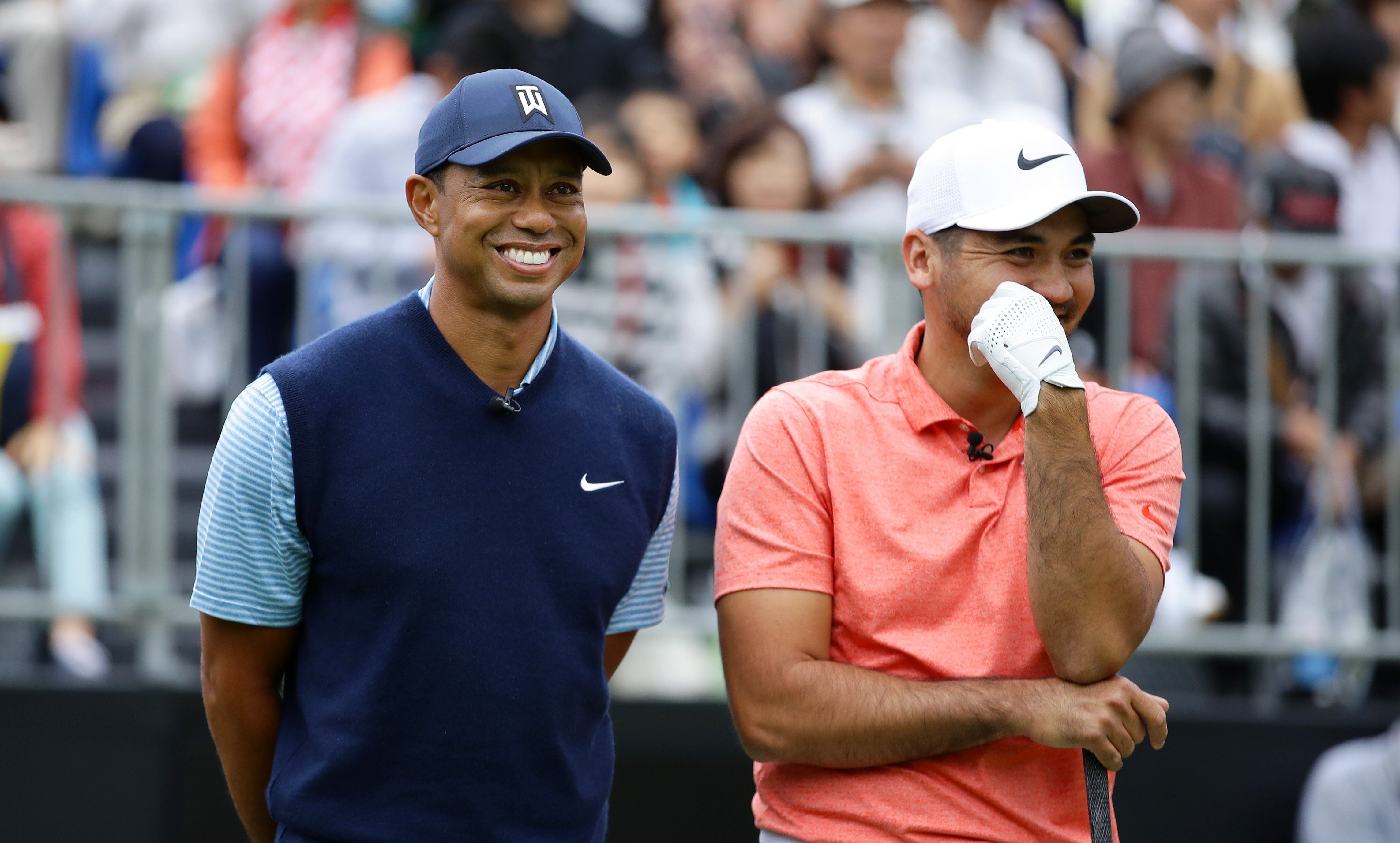 This is awesome. Welcome back.

“After I saw his swings last week in the Bahamas, I texted him. I said, ‘Hey, are you going to play next week?’ He said, ‘Man, I don’t know if I can get around but I’m trying, I’m working.’ So it was interesting to hear that he signed up and he’s there. I’ll be there and I’ll be one of those people that follow him around, trying to see how he’s doing, making sure everything’s good. And then watching Charlie. My son actually asked if he could take his whole bag this year. I snuck a wedge and a putter last year and let him hit balls on the range with Charlie and Tiger right there, so this year he asked if he could take his whole bag. So I can’t wait to see the whole family there, my whole family there just to give him a hug and embrace him.” 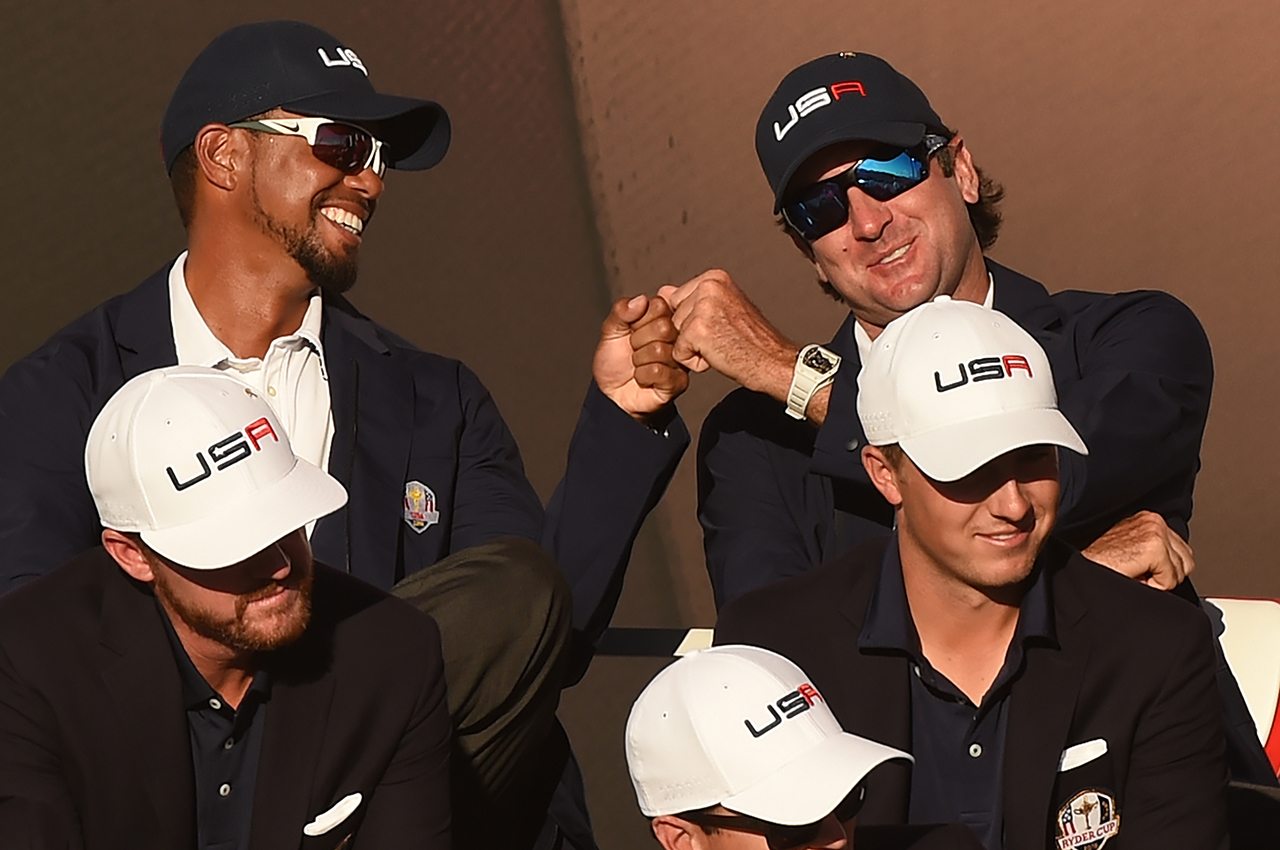 “At least he’s back swinging, and that’s a positive. And I hope he’s back here sooner than later. If he can get back here. I’ve never had a sustained injury like he has, and he’s had a lot, so I don’t know how long it takes to getting back healthy enough and feeling comfortable enough to try and get back out on the PGA Tour. 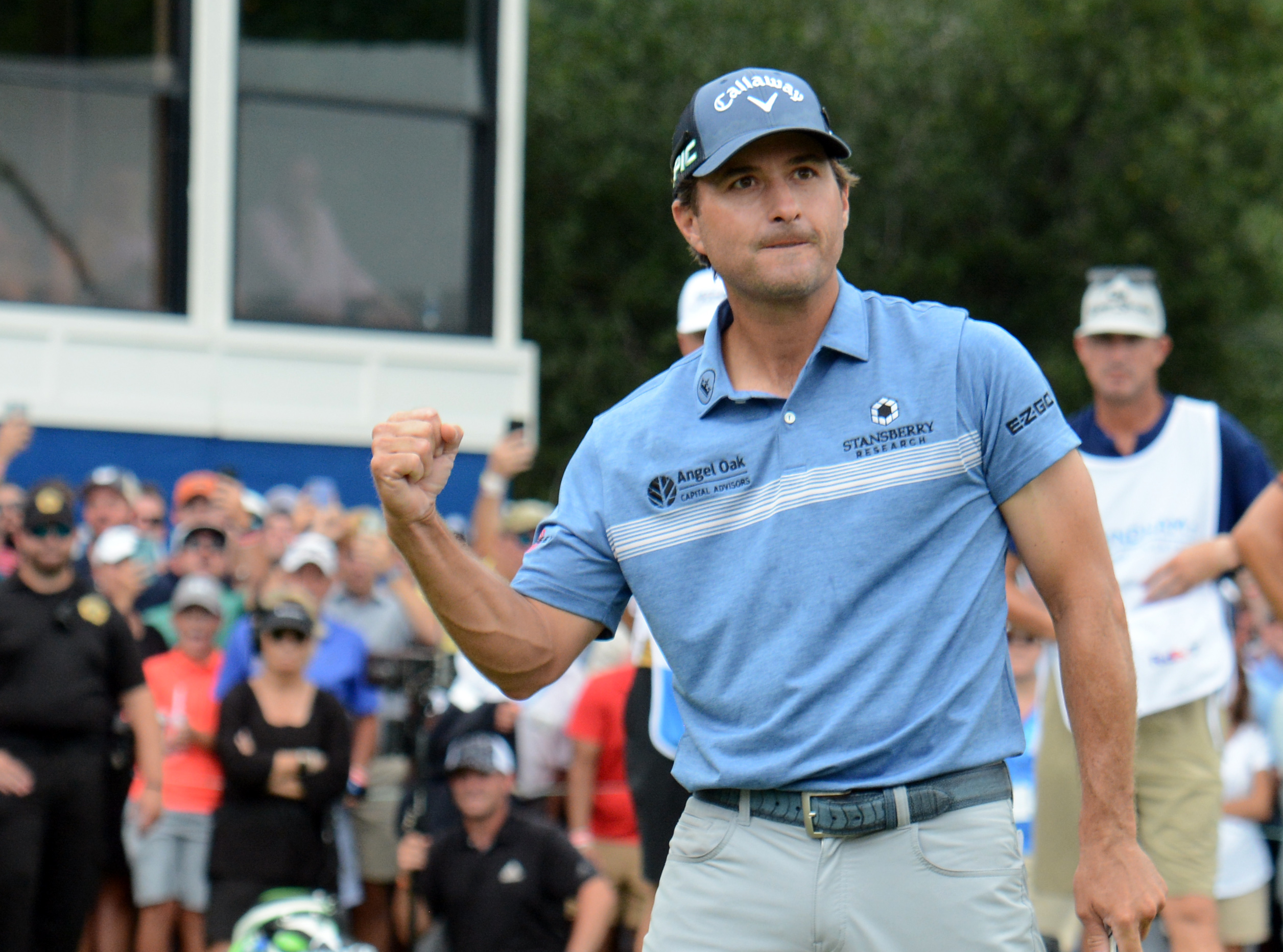 “Well, Tiger’s amazing for the game. He’s somebody who I’ve always looked up to growing up playing golf. Definitely wasn’t expecting him to come back after what he went through, but not surprising at all with how hard he works and how determined of a person he is. But he’s great for the game, he’s grown it dramatically, so I’m happy he’s coming back and looking forward to what he has in store.” 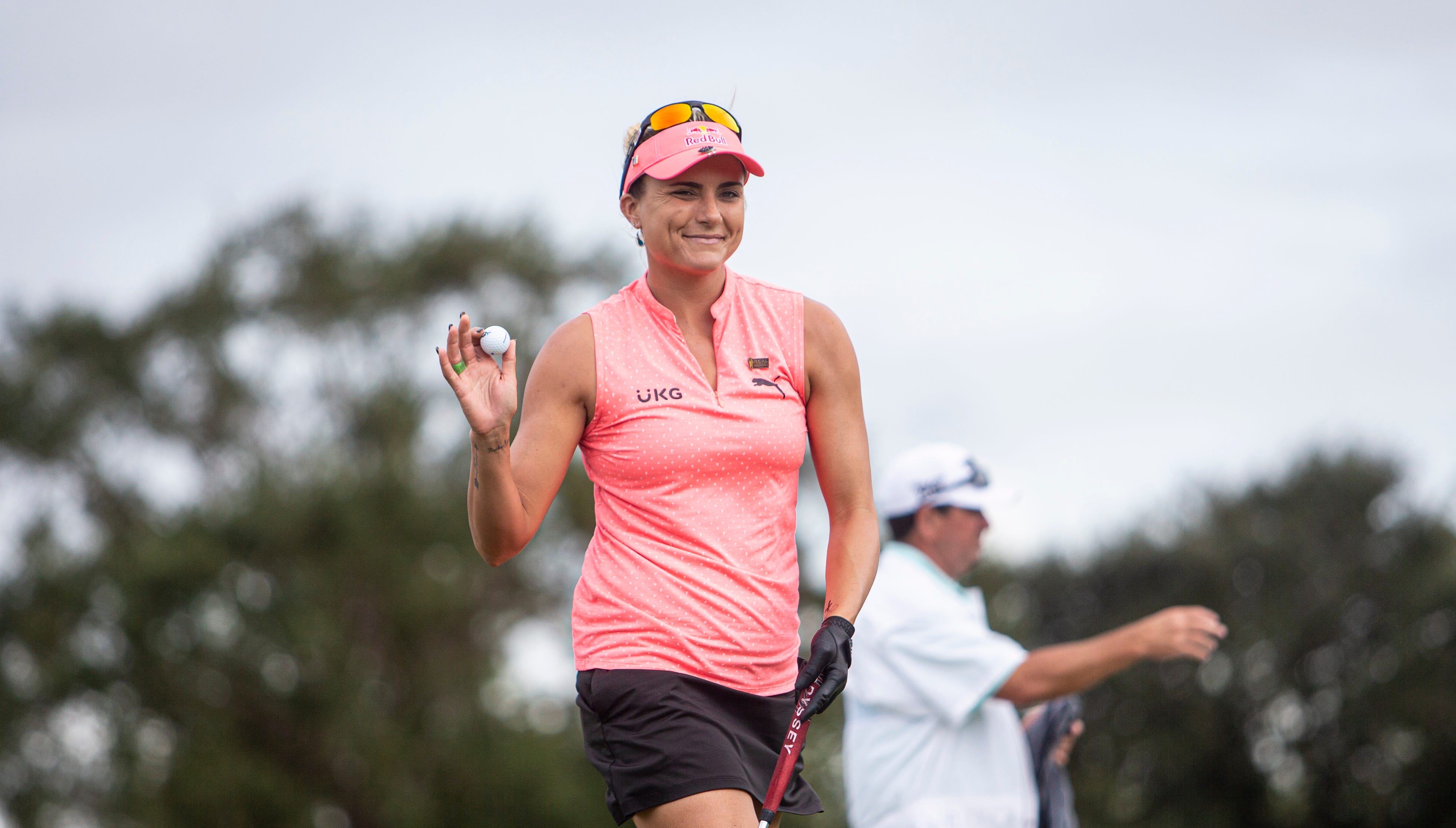 “It’s very encouraging to see him hitting balls. I’m very excited for him. I know he’s not going to be able to be kind of the same as he was before but I’m glad to see him swinging. Swing looks pretty good. Hopefully he can get his strength back and he can play four or five events a year.” 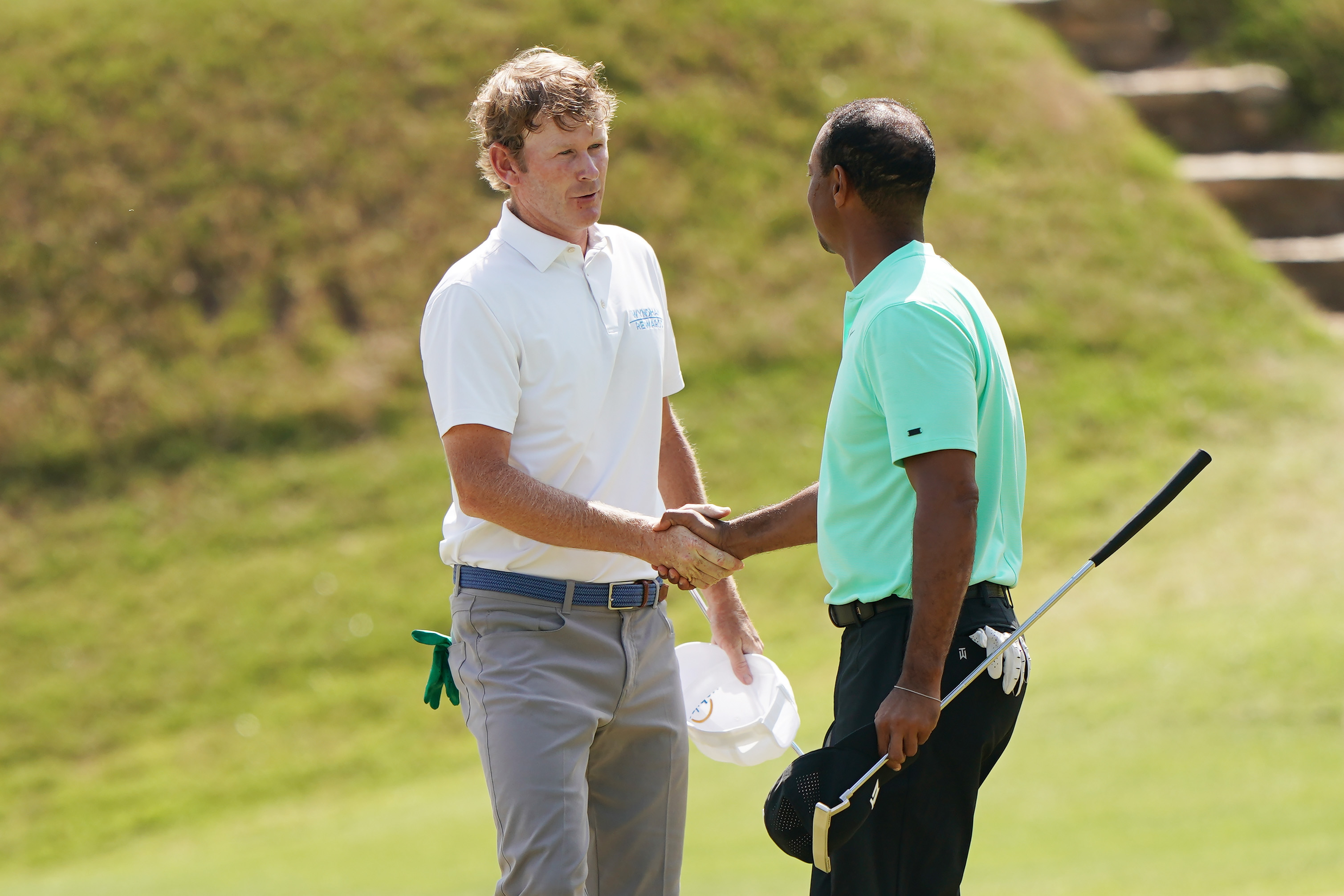 Brandt Snedeker shakes hands with Tiger Woods after defeating him 2&1 during the second round of the World Golf Championships-Dell Technologies Match Play at Austin Country Club on March 28, 2019 in Austin, Texas. (Photo by Darren Carroll/Getty Images)

“To me, it looks like he’s moving pretty well. Obviously, the only difference I’ve seen is he doesn’t have the same push off from his right side. His hips don’t move as quick through the swing and is that because of the back or the leg? But hopefully he will continue to get stronger. He looks a lot better than I think anyone could have imagined from what we saw 10 months ago. We’re all happy to see him swing, and overall it looks pretty good, and I’m interested in seeing what he wants to do. Playing in the PNC, he’s going to have a great time with Charlie and that is great.” 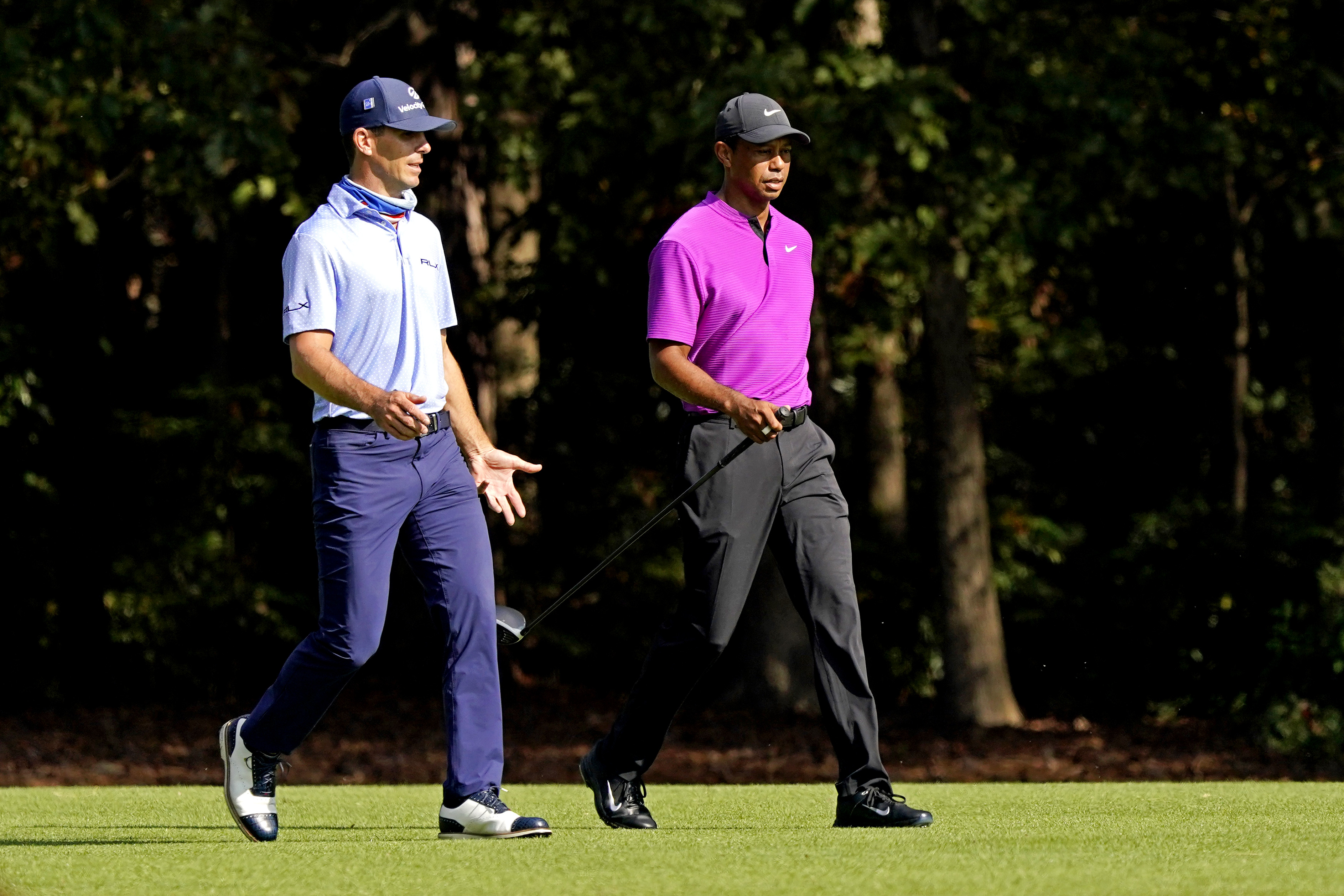 Billy Horschel and Tiger Woods walk on the 11th hole during the third round of The Masters Tournament at Augusta National GC. (Photo by Rob Schumacher-USA TODAY Sports)

“I think his swing looks amazing. I had some friends of mine ask me what my opinion was of him coming back, and one thing I’ve learned with Tiger is you never bet against him. I’ve never seen anybody as determined as that man. It’s just amazing what he’s done, and I think that he looks amazing, and it hasn’t even been a year yet. I just think I’m kind of on the same page as everybody. I think everybody kind of just wants him to have a good quality of life and I think as long as he’s happy and he wants to come out and do it, he’ll find a way to do it.” 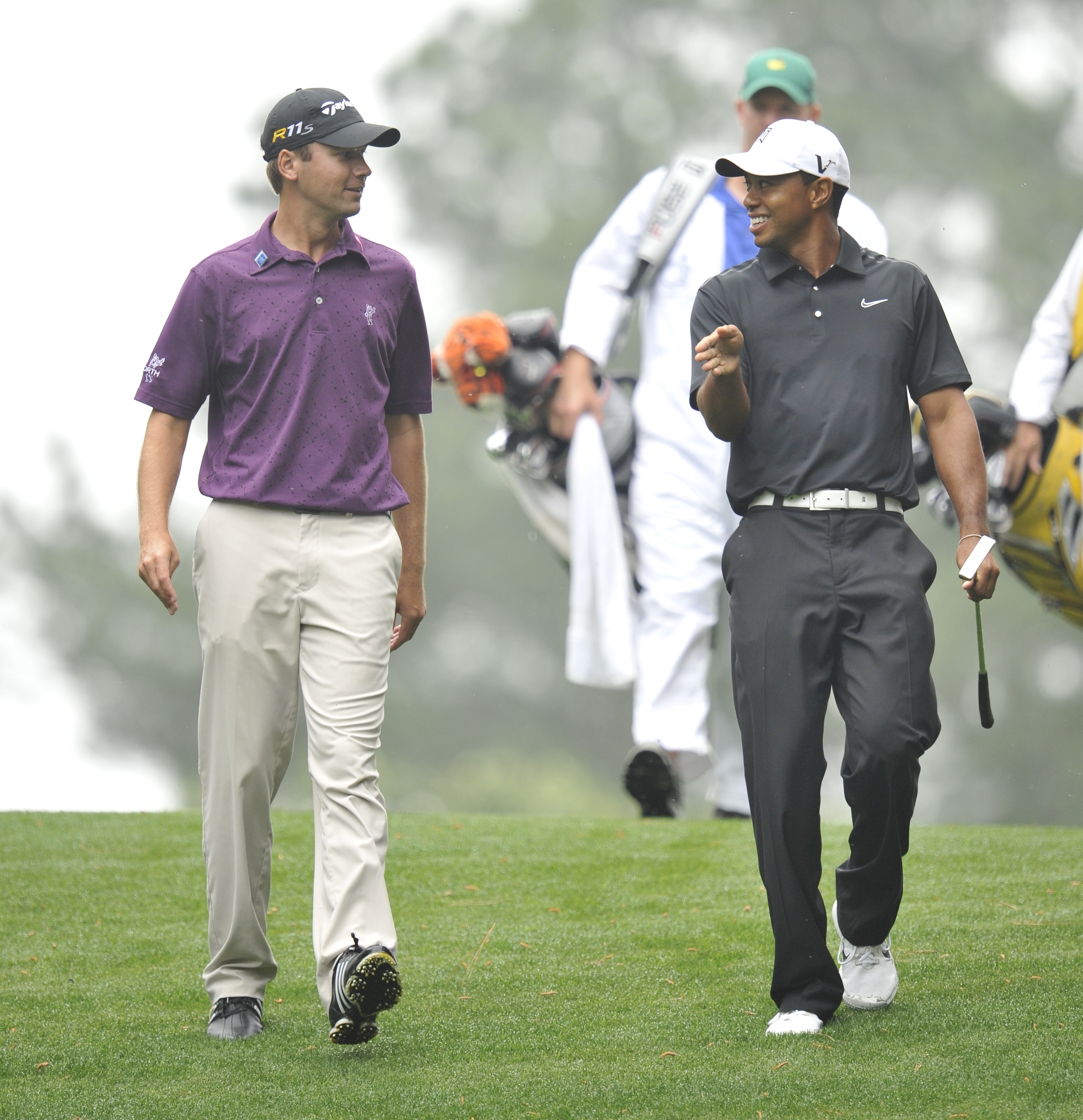 Tiger Woods talking with Sean O’Hair walking down the hill on the par-3 6th hole during a practice round on Tuesday, April 3, 2012 at Augusta National. (Photo by Jack Gruber/USA TODAY)

Just saw where @TigerWoods is going to compete next week at the @PNCchampionship with his son Charlie!!! I’m so excited to see Tiger compete again. What a comeback this will be. So happy to see this news.